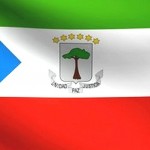 On June 10th – 13th, 2012, H.E. Obiang Nguema Mbasago, President of The Republic, Head of State of Equatorial Guinea, led an Economic Forum in Houston, Texas, USA.  During that forum, H.E. the President made an appeal to the United States private sector companies in attendance, to come to Equatorial Guinea to participate in the economic development diversification undertaken by the country within its economic and social development program called “Horizon 2020”.  In addition H.E. stated that if your company has an interest in doing business in Equatorial Guinea, to keep in mind that EG can’t do business with people they do not know, thereby encouraging U.S. companies to visit the country. 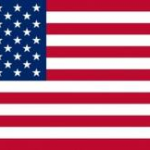 The U.S. consortium’s objectives were clear. Introducing the U.S. private sector to Equatorial Guinea Officials and entrepreneurs with the goal of launching a partnership beneficial to the two parties.  Identifying the sectors of priority in the development process, the role of the Equatorial Guinea private sector in the process and how a fruitful cooperation/partnership can be established to facilitate the transfer of adapted know how, the improvement of National technical and human resources, professional education and having the  U.S. private sector participate effectively in the economic development diversification process.

The mission was undertaken in consultation with and the encouragement of United States Governors, Congressman and Senators.

The U.S. Economic Consortium attended a meeting with the Office of Horizon 2020.  The meeting was led by Director General Francisca Eyang Ondo, Director General, assisted by Ms. Manuela Oyana Ndong, Deputy Executive Secretary.  H.E. Ondo gave the U.S. Economic Consortium an overview of the Horizon 2020 initiative and current status.  H.E. described the main economic sectors of priority and reported that the initial phase was started in 2007; the program was to create an infrastructure within EG.  This includes roads, airports, buildings, harbors and power systems.  Phase 1 is well underway and nearing conclusion.  Now in 2013, phase 2 is beginning with the goal to diversify the economy and build the private sector.  This phase will run from 2013 – 2016.

The U.S. Economic Consortium was excited to hear this, as it fits directly into their own desires to bring U.S. involvement and investment into Phase 2 of the Horizon 2020 initiative.  The U.S. delegation explained that they felt the timing was perfect to start the process of introducing U.S. private sector partners to the EG market, and begin deploying these private sector subject matter experts to assist the EG private sector in growing their businesses.  The U.S. Economic Consortium stated that they represent over 20 U.S. companies, and is confident this number will grow dramatically when they return to the U.S. and make their report to these companies and U.S. government officials.

The U.S. Economic Consortium representatives were extremely impressed and thankful for the professional organization and structure of the mission provided by the government representatives.

The U.S. Economic consortium’s conclusion is that without the accelerated growth of the private sector, it will be difficult to achieve Phase 2 of Horizon 2020.  To date the overwhelming majority of growth activity has come from the Oil & Gas industry and the EG government.  It is apparent that the Oil & Gas industry will continue to have a laser focus on Oil & Gas development within EG, and won’t be able to assist in the development of the private sector, and government is not a producer, but only a facilitator.    The EG private sector appears to be ready to make this happen.