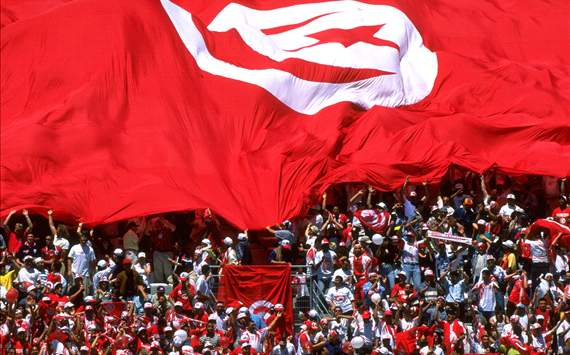 After a poor 2012 Africa Cup of Nations campaign that saw them qualify thanks to a huge favour from Chad on the last day of matches, Tunisia are hoping that they do not needlessly drop points in Monastir on Saturday when they face an improving Equatorial Guinea side. The north Africans may have responded by putting together a respectable 2012 Afcon run but they will be cognizant of the fact that they tend to struggle against the so-called smaller teams on the African continent during qualifiers.

Sami Trabelsi has cautioned his players against overconfidence following their 5-1 rout of Rwanda in a recent warm-up friendly. The former CS Sfaxien player was forced to use an experimental lineup due to a combination of injuries, suspensions, and conflicting club schedules. One such injury that will hamper Tunisia against Equatorial Guinea is that of star winger Youssef Msakni, who will sit out with a thigh strain. Another notable absence is that of defensive pillar Aymen Abdennour, who is suspended for a red card he received during the Afcon. A possible replacement of his, Bassem Boulaabi, suffered a broken clavicle in the win over the Wasps and his been ruled out as well.

While their hosts have an international friendly win under their belt prior to this crucial 2014 World Cup qualifier, Equatorial Guinea cannot say the same as their test against Angola was cancelled. In fact, the Nzalang Nacional’s latest competitive encounter stems all the way back to their 3-0 loss to eventual finalists Cote d’Ivoire at the 2012 Afcon.

That is hardly reassuring for Brazilian head coach Gilson Paulo, who surprised the continent by getting the upstarts past the likes of Senegal and Libya back in January despite being appointed hardly a month before the tournament started. Little news has surfaced with regards to his roster selection but the chaotic preparations seemed to work just fine prior to the continental showpiece so Equatorial Guineans will be hoping for much of the same this time around.