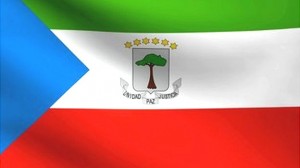 The announcement by the country’s football federation comes just three weeks before their World Cup qualifier against Cape Verde.

Dubbed the ‘Butcher of Bilbao’ after infamous tackles on Diego Maradona and Bernd Schuster in his playing days, the 56-year-old takes over from Brazilian Gilson Paulo, whose contract came to an end last month.

Goikoetxea won 39 caps for Spain and was assistant to Javier Clemente at the 1994 World Cup in the United States.

He coached at a host of clubs including Salamanca, Compostela, Numancia, Racing Santander and Rayo Vallecano.

The job in Africa is his first outside of Spain.

The African zone Group B match against the Cape Verdians will be played in Malabo on 24 March.

The National Lightning have a single point from their first two group matches.

Equatorial Guinea were co-hosts of the 2012 African Nations Cup finals.