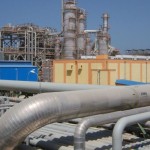 The Islamic Republic of Iran is to host the third summit of the Gas Exporting Countries Forum (GECF).
The proposal to host the event was made by Iranian Oil Minister Rostam Qasemi at a GECF ministerial meeting in the Russian capital, Moscow, on Saturday, reported IRNA.

The proposal was welcomed and unanimously accepted by the energy ministers attending the meeting.

The ministers agreed to decide on the details of the third summit in due time.

Iran’s oil minister arrived in Moscow on Friday, heading a high-ranking delegation, to attend the GECF ministerial meeting ahead of the forum’s second summit scheduled to be held in Moscow on July 1-2.

Iranian President Mahmoud Ahmadinejad is to attend the event.

Iran’s Embassy in Moscow has announced that the Iranian president “will hold one-on-one meetings with President of the Russian Federation [Vladimir Putin] and some other senior officials attending the conference,” and deliver a speech at the summit.

GECF’s potential rests on the enormous natural gas reserves of the member countries all together accumulating 62% of the world’s proved natural gas deposits.