The Nzalang Nacional beat the Scorpions 1-0 in a friendly… 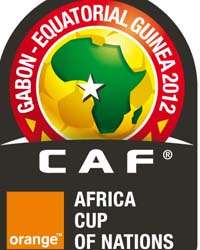 Co-host of the 2012 African Cup of Nations Equatorial Guinea defeated the Gambia 1-0 in a warm up friendly match played on Tuesday in Bata.

The central African nation is preparing its modest national football team ahead of the 2012 continental showpiece it will host with neighboring Gabon.

Turkish Konyaspor’s striker Thierry Fidjeu, 28, handed his side the lone-goal victory seconds before the break.

Equatorial Guinea just like Gabon are not taking part in the qualifiers but both teams have been multiplying workshops and friendly matches to fine tune their squads ahead of the competition.

The Gambia are matched up against Burkina Faso and Namibia in Group F, which was slashed to three teams after the withdrawal of Mauritania.

The 2012 African Cup of Nations will hold next year from January 21 to February 12.