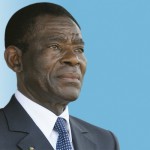 Thanks to heightened interest of the private sector and strong diplomatic work done by EG, the ties between both countries have strengthened in the past 10 years.   That Equatorial Guinea is an oil-rich country with whom friendly relations are deemed highly convenient is no secret. That Equatorial Guinea is a country that has made gigantic steps forward in terms of socio-economic development is, perhaps, known to a much lesser extent. President Teodoro Obiang has been in power since the late 1970s, for many the head of state of this West African, Spanish-speaking nation represents continuity and stability. President Obiang is a leader with a pro-business attitude, and has opened the way for numerous profitable, win-win situations with foreign investors. And it is, to a good extent, these business relationships in combination with EG’s newfound petrodollars that are enabling and even expediting improvements in living conditions. The challenge that lies ahead is great. Nevertheless, progress is being made. Between 2000 and 2012, EG rose by 14.2 points in the Mo Ibrahim Foundation’s Index of African Governance (IIAG) Human Development rating. Overall it ranks 27th out of 52 countries, yet the leap ahead makes it the seventh fastest developer, tying with Botswana. In the IIAG Sustainable Economic Opportunity index, EG rose by 10.8 points which put it at number 42 overall, but 10th most improved. Meanwhile, the IIAG Roads Indicator, which measures road network and quality of roads, found Equatorial Guinea to be one of the most improved countries in Africa since 2000. Speaking of EG’s recent infrastructure development, the President says: “We are building roads in the island of Annobon to allow movement of people. Annobon is practically a rock, and there we have invested heavily in building a deep-sea port. We have built an airport, part of which is virtually on the sea. We have also built an airport in the island of Corisco. I think Corisco is going to be a profitable zone because we are turning a little paradisiacal island into a tourist spot. Now we are getting ready to build hotels.” Tourism is one of the sectors on which the Obiang administration is pinning high hopes. The President says EG is preparing the infrastructure and hopes to link up with travel agencies who can bring groups. Paperwork will be simplified and tourists will be able to pick up their visas directly in the airport upon arrival. “Naturally, our country will give a warm welcome to those who come and visit,” says Mr. Obiang. Purificación Angue Ondo, former Equatoguinean  Ambassador to the U.S., adds that “tourism also would allow people to get to know and understand our country and our people and how we live.” The visa process is also simplified for investors. In fact, as the largest single foreign investor in EG, all United States passport holders may enter on short visits without a visa. Friendly ties with EG are certainly in America’s best interest, given the former’s vast oil and natural gas supplies (which were discovered in the 1990s thanks to a Texan oil captain’s persistence). Despite being one of the smallest countries in the world, Equatorial Guinea ranked 36th and 47th in crude oil and natural gas production, respectively, in 2012. The U.S. is one of the largest markets for Guinean oil; in 2012, it imported 41,000 barrels of crude per day from the West African country. The trade balance with the U.S. has been in EG’s favor since 2000, when it reversed the 1999 deficit of $177.7 million into a surplus of $59.1 million. Bilateral trade that year totaled a mere $250.3 million. In 2013, total trade hit $1.65 billion, with a surplus in EG’s favor of $142.3 million. This was nothing compared to the previous year’s bilateral trade of $1.93 billion, with the African country a massive $1.46 billion ahead. While oil consistently comprises the bulk of EG’s exports, the Obiang administration would like to see more diversification in its economic sectors and set forth the Horizon 2020 plan namely for that reason. Says Ms. Angue Ondo, “Through large oil companies, the U.S. has invested a lot of money in EG. But we are trying to make them see that there are other sectors we would like to boost interest in among American investors, such as fishing in Annobon and agriculture on Bioko, a volcanic island.” For the President, Horizon 2020 is a program that “will place Equatorial Guinea among the roster of emerging markets by the year 2020”, by raising self-sufficiency and encouraging new industries and enhancing existing ones