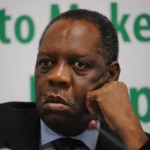 The Local Organising Committee of the 2015 Africa Cup of Nations in Equatorial Guinea from January 17 to February 8 has confirmed that several steps will be taken to fight the threat of the Ebola virus before and during the tournament.

According to Caf, around 100,000 spectators are expected to travel to watch the tournament, and this has increased fears of a possible outbreak.

The World Health Organisation (WHO) reports that 6,856 people have died from the disease in more than 18,000 cases mainly in Liberia, Guinea and Sierra Leone.

However, the government of the central African country has allayed concerns, saying that they would not have accepted to host the tournament if they did not have the means to control Ebola.

The safety steps announced by the Organising Committee include:

Original hosts Morocco pulled out due to fears of the Ebola crisis and Caf had initially considered Qatar’s proposal when it appeared no other African country was willing to take up the challenge, before Equatorial Guinea eventually stepped in.